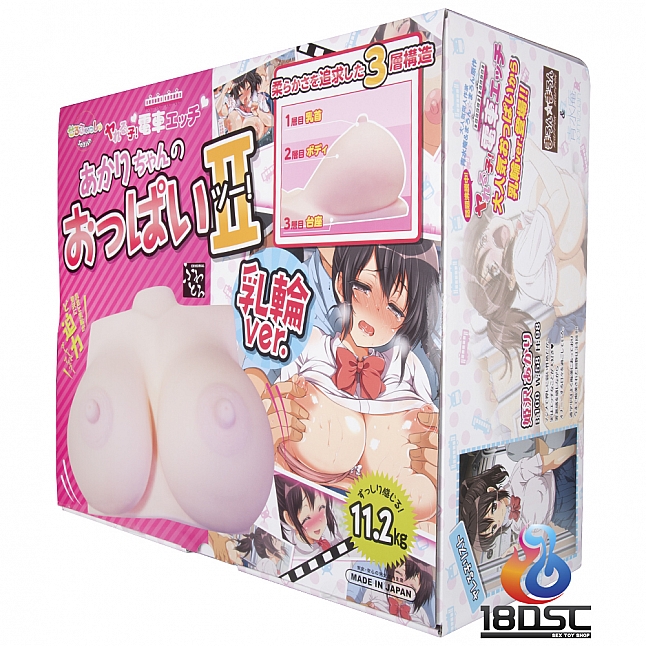 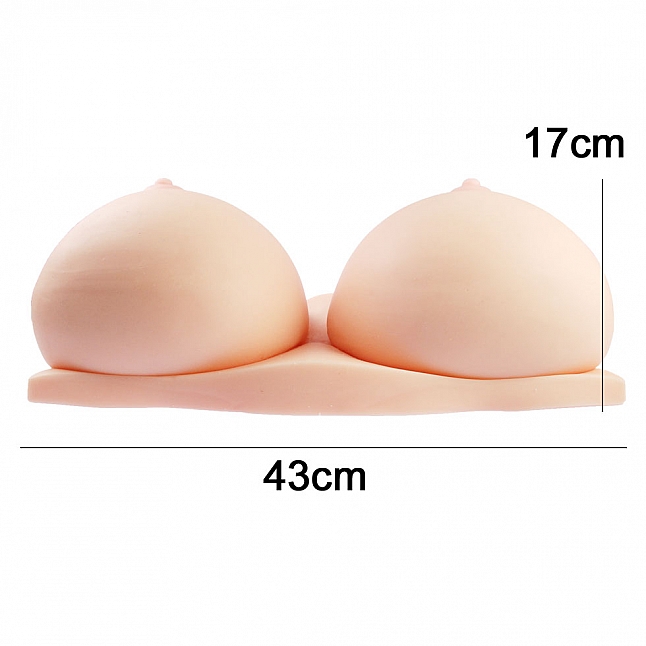 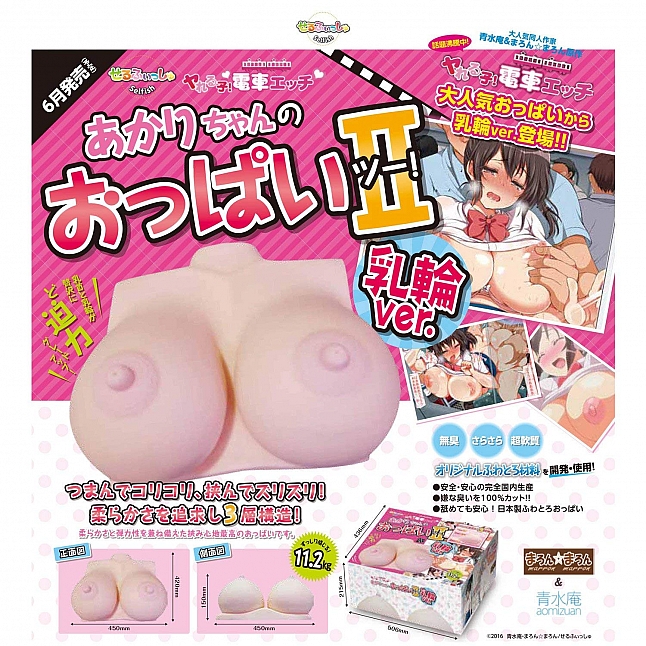 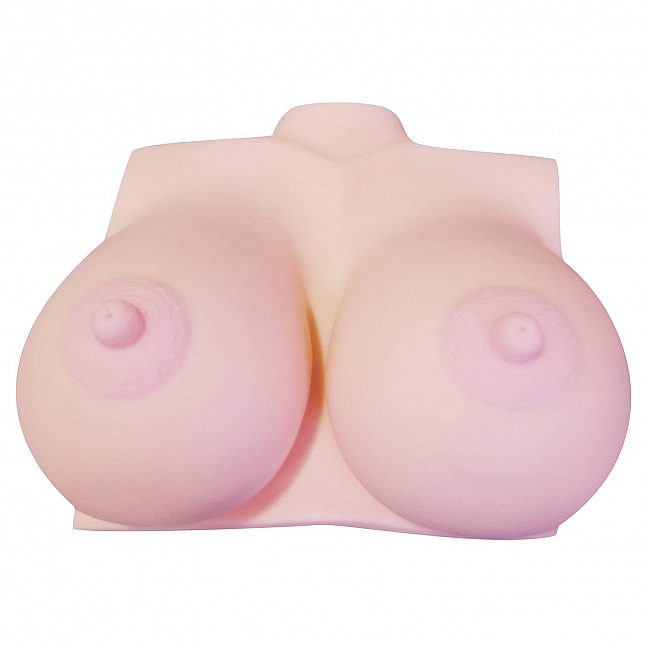 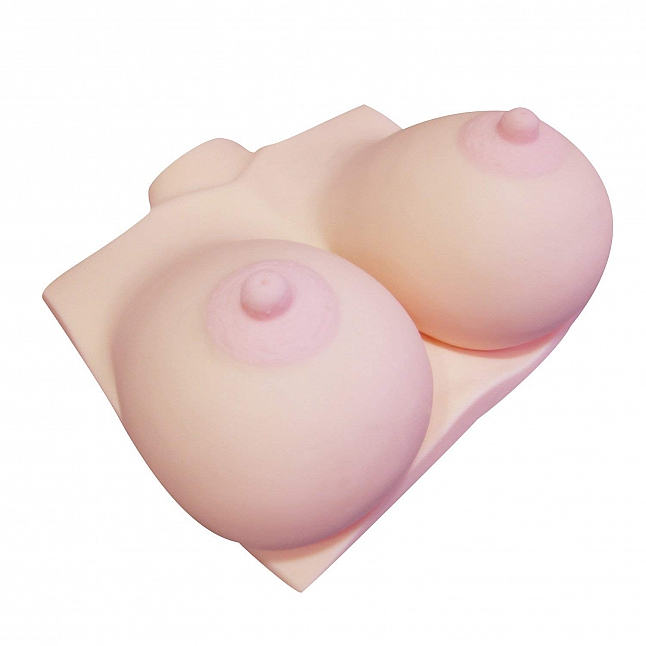 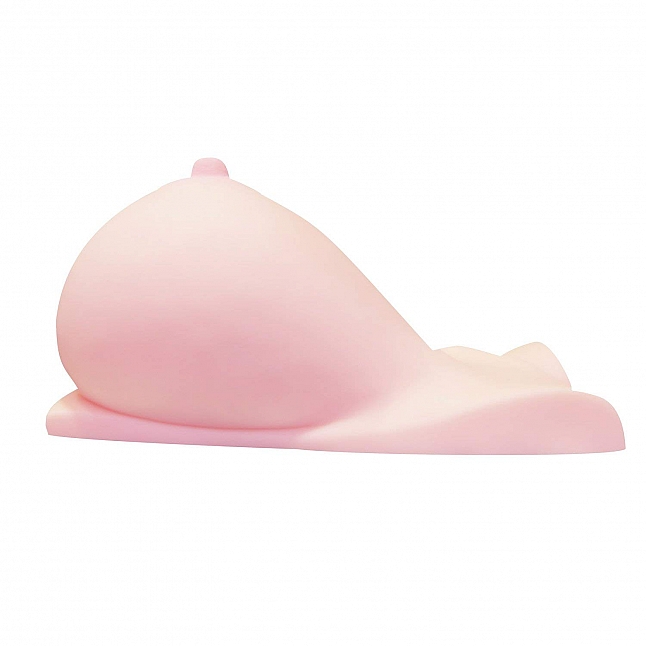 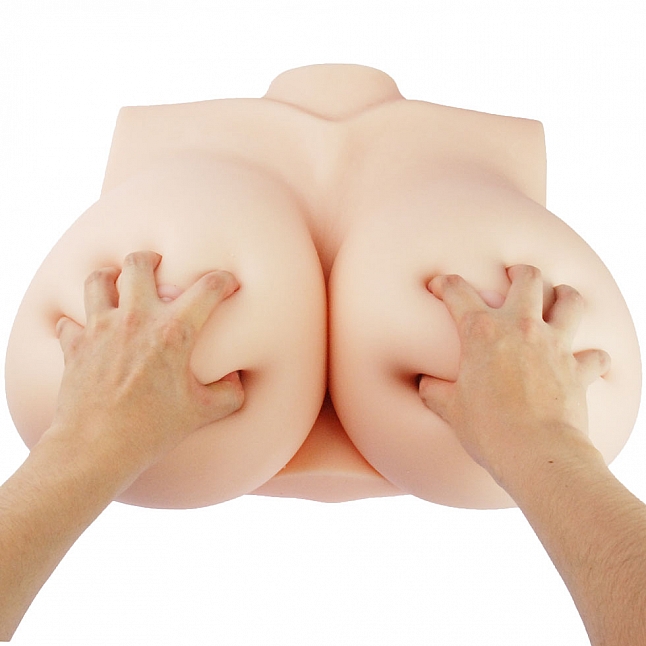 18DSC is always on the lookout for up and coming manufacturers from around the world. Selfish is making its 2nd release for summer 2018 with their breast offering called Akari's Breasts II Areola.Akari's Breast is a breast replica with just a slight part of the torso as base. At a massive 11.2kg of material, it make sense to not include the entire torso or else the item becomes very difficult to use. The breasts features a raised areolas and nipples for a realistic appearance. The material used in Akari's breasts II Areola is an improved softer material compared to the previous version to mimic the feel to the hand during use and has no foul odor. Made in Japanese using high quality material, Akari's breasts II Areola by Selfish is a welcomed addition to 18DSC's brand offerings.